It is official! Cayce has hired a new City Manager to lead our amazing team! 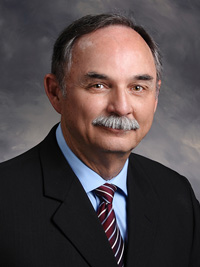 Watkins began his experience with city government in 2006, starting as the Public Works Director for the City of Milton, Florida before being promoted to City Manager in 2008. Brian has extensive knowledge of local government administration in a fast-growing city.  He also has extensive experience as a senior Naval Officer serving as Regional Commander and Base Commander during a period of significant change in the Navy shore infrastructure management organization. During his tenure as City Manager, he gained experience developing strategic project management and community development plans as well as managing over $6 million dollars in grants for the city. Brian is a graduate of Clemson University and holds a Master of Arts in National Security and Strategic Studies from the Naval War College.

Mayor Elise Partin stated, “We are excited to welcome Brian Watkins as the new City Manager for Cayce. His background and knowledge of local government and management as well as his military leadership will bring valuable experience and new ideas to our City. We are so proud to welcome him and look forward to having him on our team of talented and dedicated staff members!”