Major John E. “JJ” Jones has been selected as the new Deputy Chief of the Cayce Department of Public Safety 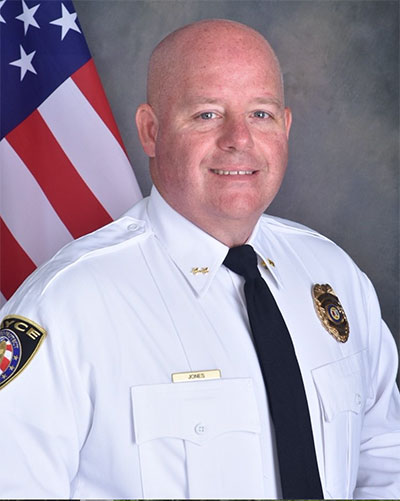 Deputy Chief Jones is a 1996 graduate of the University of South Carolina and a 2012 graduate of Anderson University’s Command College.

In his final assignment under the leadership of Sheriff Jay Koon, Jones was assigned to lead the law enforcement division as the Operations Major. While serving at the LCSD, Jones was decorated 22 times to include the Life Saving Award twice, Medal of Valor, and the 2008 South Carolina Sheriff’s Association Deputy of the Year.

Chief Byron Snellgrove stated, “We have a long-standing, close working relationship with Sheriff Jay Koon and the Lexington County Sheriff’s Department. We are very proud to have JJ Jones as our new Deputy Chief.”

Deputy Chief Jones is married to his wife of 18 years, Laura Rawl Jones, and they have one son, Jacob.