What: The City of Cayce will have its 1936 fire truck back on the streets Wednesday, June 9, as part of the South Carolina State Firefighters’ Association 2021 Convention at the Columbia Metropolitan Convention Center. The fire truck, which was restored in 2019, will be escorted to the convention center at 11 a.m. from Cayce City Hall. It will be placed in the convention center for the duration of the conference.

Media is encouraged to pick a departing or arrival spot to see this 1936 classic rolling out and reporting for duty.

When: Wednesday, June 9 at 11 a.m. from Cayce City Hall traveling to the Columbia Convention Center. The estimated travel time is about 15 minutes.

Where: Set up cameras by 10:50 a.m. at either location. Once at the convention center, media can record the truck rolling or parked and are free to interview anyone willing to discuss this incredible artifact. The Cayce Historical Museum will have exhibit displays around the fire truck detailing the incredible effort to get this big red machine road ready. 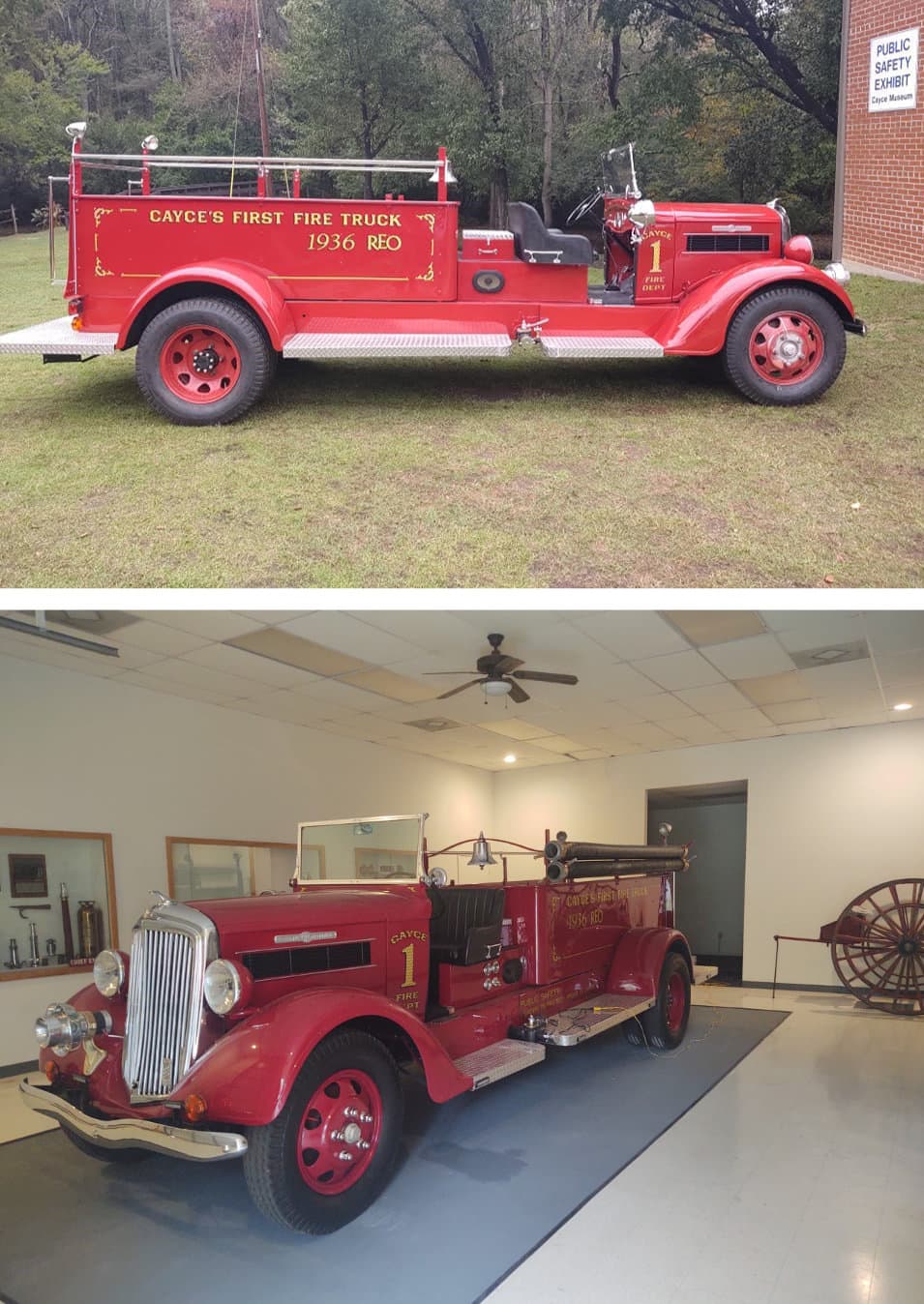 Notes: The truck, used by the City of Cayce from 1937 – 1948, was sold to another small town in 1955 and then bought back by the city about 10 years later. It sat still for a lengthy period and was fully restored after nearly two years of finding parts and doing repairs in 2019. It sits at the Cayce Historical Museum during the week, where guests can check it out and the rest of the museum for only $3, and children are only $1.

This article was originally published on Friday, May 28, 2021.